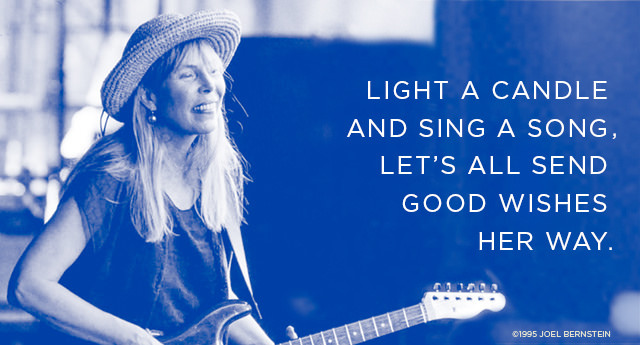 Last Thursday, on the way home I noticed a couple of things. San Francisco Jazz had erected a comely hedgerow and Kris Kristofferson was meandering up my block. Kristofferson and the red carpet dress up were part of a celebration and tribute for Joni Mitchell.

Having made it through a phalanx of chauffeured SUVs and the film crew set up in front of my building, and just as I was retrieving the mail, a production assistant asked if they could film me opening the giant box in the middle of the sidewalk. She was very nice, but I demurred.

I wanted to ask why they hadn’t recruited the shop owner they were chatting with, or if the giant box was set as a trap. The first person to trip over it has to open it on camera. I was too desperate for my afternoon cuppa joe to ask either question besides, the P.A. had already dismissed me after I said no.

Climbing the stairs I silently wished them well as they wrapped up filming the opening credits for “The Hipster Gets a Haircut.”

I had finally made it home and I vowed not to leave until the tributes and filming had all blown over.  Phew!

I will miss that hedgerow though.